Kass finishing the return leg of the 2015 AZAB in Falmouth

Zest is a 36 foot custom design by Rob Humphreys. Built in strip cedar epoxy by Farrow & Chambers in Grimsby UK, she was launched in 1992.

During a refit in spring 2011 the original owner died and Zest was eventually put up for sale.

I bought her in January 2013 with the intention of campaigning her in the 2013 OSTAR (Original Single-handed Trans Atlantic Race). Rupert and I undertook a refit to optimise the boat for short-handed racing. This included modifying the reefing system to allow the mainsail to be reefed from the cockpit, a furling non-overlapping headsail, a short bowsprit for a furling code zero, and a removable inner forestay for a heavy weather jib and storm jib. The instruments and plotter were replaced with a new system from B&G, who also specified the autopilot package.

Unfortunately the refit took longer than planned and Zest was not ready to race in the 2013 OSTAR. We have subsequently raced and cruised her extensively and I am still planning to do the 2017 OSTAR. 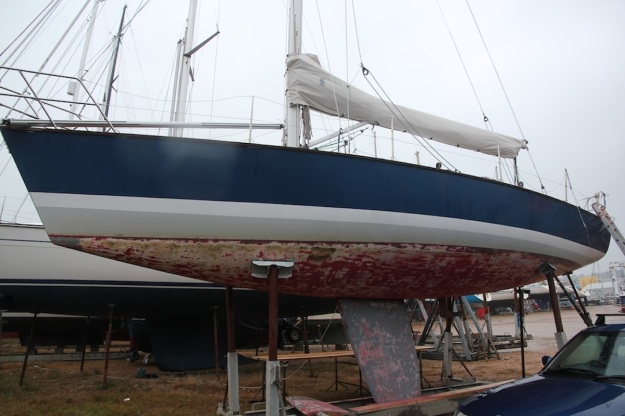